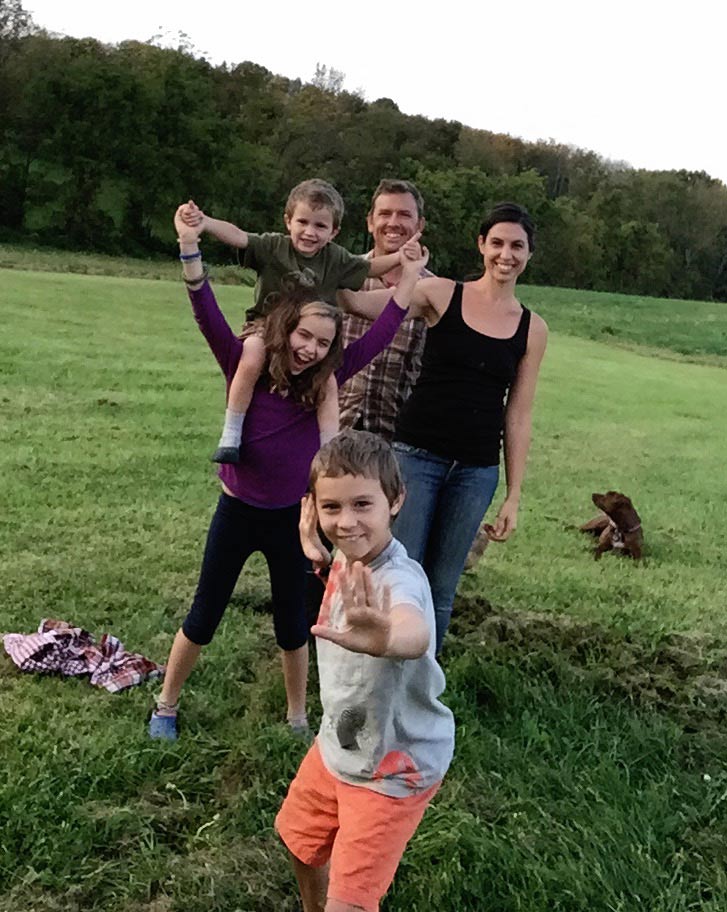 Scott and Allison Morgan met in Florida in 2004 at the Paddy Wagon Bar and Grill. Scott, an organic farmer, was exchanging his just picked arugula for a meal. Allie, a Philadelphia native, was in Florida studying Acupuncture. They remember talking for hours about their respective interests in growing organic food and alternative medicine.

Fourteen years, three kids and a dog later, they have found an elegant way to combine their passions as the owners of Morganics Family Farm in Hillsborough, New Jersey. Their vision for the farm is a place where they bring healthy living full-circle, not only for their customers and clients, but also for their children. Allison, now a board-certified Acupuncturist and Herbalist, calls her healing work ‘on-farm health care.’ Scott farms twenty acres of oats, ancient grains and hay and describes his work as an opportunity to “take back the grains.”

“When I tell people I live on an organic farm, they say, what? Your husband is a farmer? Can you make a living?” Allison says. Her response is, “Yes. Farming is a career!”

After dreaming of owning a farm for almost ten years, the Morgans bought the 46-acre property in the fall of 2015 and moved in a year later. “What the farming lifestyle affords you is unique and restorative,” Scott says. In his view, the best part of being a farmer is that he can grow food, make money and be around his family. Being raised on a farm has had its benefits for the kids as well. They have learned practical farming skills from their father and important cooking skills such as how to make an outdoor fire and fry bananas in butter in a skillet, a kid-created specialty dish.

Before the Morgan’s purchased the property, the previous farmer grew conventional corn, soy and hay which Scott has transitioned to certified organic grains and hay, testing both modern and ancient grains. He mills all his own grains and admits that being a resourceful tinkerer is critical on a farm. When they moved onto the property, they found a combine in a hedgerow filled with leaves and dirt. It took a while, but he fixed it up and now uses it in the fields.

While her husband plows, plants and tinkers, Allison sees clients in a room right off of their spotless kitchen. In keeping with the Chinese approach to health care, she has been known to bring her clients a fresh tomato or pepper right from the family garden to show them how tasty and satisfying fresh produce can be.

“I want my clients to figure out how eating impacts the way they feel,” she says. Every client fills out a food diary. They also discuss how exercise and nature contribute to their health. Which is why seeing clients on the farm, instead of a windowless doctor’s office, is her choice. “My clients see the open space and the natural light, and it helps in their healing process,” she says.

Allie works with individuals who have a range of issues from body pain and infertility to insomnia and stress. She uses a multi-disciplinary approach which includes acupuncture and herbal medicine, body work, food therapy and lifestyle counseling. “Environment matters in health care. We need to bring the spirit back into living and engage with the outside world,” she says.

In Chinese medicine, food is used to prevent disease, strengthen the body and prolong life. As it says on her website, Allison Morgan Acupuncture, ‘The Chinese advocate simple, uncomplicated and light diets – not a lot of sweet, salted, processed, greasy or rich tasting foods.’

Taking Back the Grains

Simple, uncomplicated grains grown without pesticides or herbicides are the focus of Scott’s work. He grows and mills fourteen acres of oats as their primary crop. “We grow fresh oats that are perishable. They come straight from the farmer and are freshly milled. The typical oats you buy in a store are nine months old and have already been cooked twice,” he says. He adds that most commodity grains that Americans buy are milled to be shelf-stable and can sit on a shelf for long periods, losing nutritional value and flavor. “Fresh oats behave differently, cook differently, have actual flavor and a high nutrient value,” he says.

Scott also grows seven acres split between modern wheat, flax, chickpeas, lentils and two ancient grains called Emmer and Einkorn. Most of the crops, other than oats, are still in the experimental phase.

Ancient grains are quickly becoming the new ‘it’ food appearing on restaurant menus and store shelves. These non-GMO grains are high in nutrients and easier to digest even for individuals with gluten intolerance. According to a recent study by the Organic Growers Research and Information Network (OGRIN), the demand for locally grown grains is on the rise for a number of reasons. Not only do they taste good and are fresh and healthy, but consumers are actually interested in sourcing their food locally and supporting their local farmers.

These new/old grains have been around since the beginning of time. Einkorn is considered the first wheat cultivated by humans. It’s a good source of protein, iron, dietary fiber, thiamine and a number of other B Vitamins. Einkorn flour is used in breads, pastries, pastas, soups and all sorts of other foods. Emmer wheat, also known as Farro, is a nutty and chewy grain that is excellent in salads and soups. It also makes lovely, hearty bread and a lighter version is great for pancakes. These two grains are both wheats, Einkorn is the smallest, Emmer/Farro is a medium-sized grain, and Spelt is the largest of these ancient wheats.

The Food We Grow and the Farmers We Know

However, as popular as organic grains are becoming, most people still need to be convinced to try them for the first time. Scott sells at a number of farmers’ markets in and around his home and says if he can get people to try his oats then they will buy them. And, once they buy them, they are hooked. He prefers selling at farmers’ markets such as the Bridgewater Farmer’s Market, because he believes that the average consumer needs to become comfortable with the farmers who grow their food in order to become comfortable eating the food they are growing.

Scott is a member of the NOFA-NJ Education Committee and a mentor for NOFA-NJ’s Journeyperson Program which provides hands-on support, training and mentorship to individuals who have been farming for at least two years and are serious about continuing to pursue organic farming as a career in New Jersey.

Rutgers Tour and Tasting of 30 Local Grains on June 26

If you want to grow and/or taste dishes made from local grains, there will be an Organic Grains Field Day and Tasting on June 26 at Rutgers University’s Snyder Farm. Attendees will tour fields filled with more than thirty grains – ancient, heritage and modern and then taste delicacies prepared by local chefs and bakers. Tours will be led by two experienced grain growers, Dr. Elizabeth Dyck of OGRIN and Dr. Joseph Heckman, a Rutgers Soil Fertility Specialist. More details and registration are here. 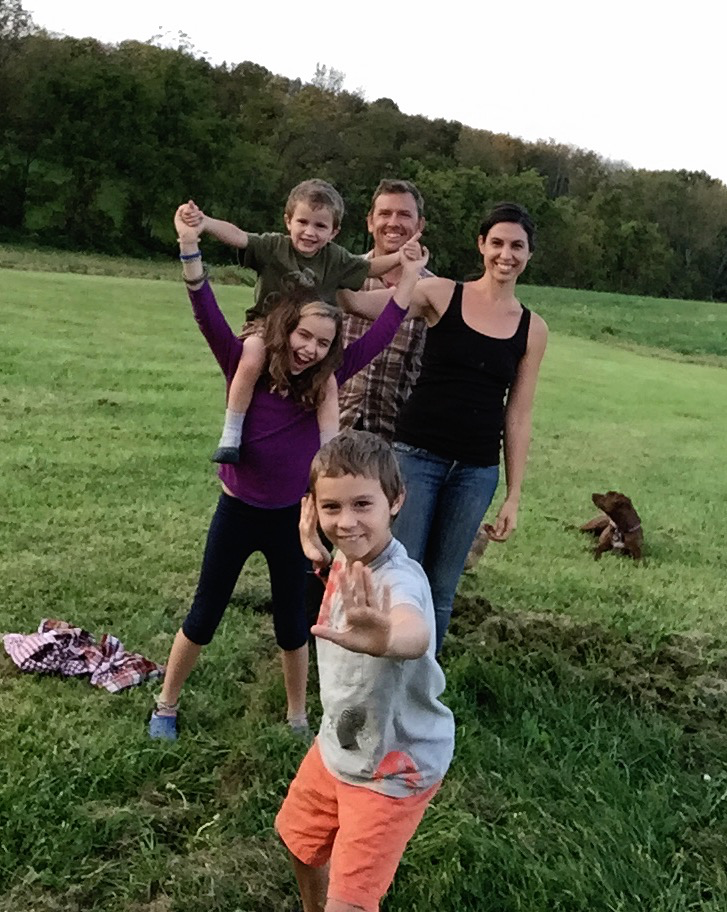