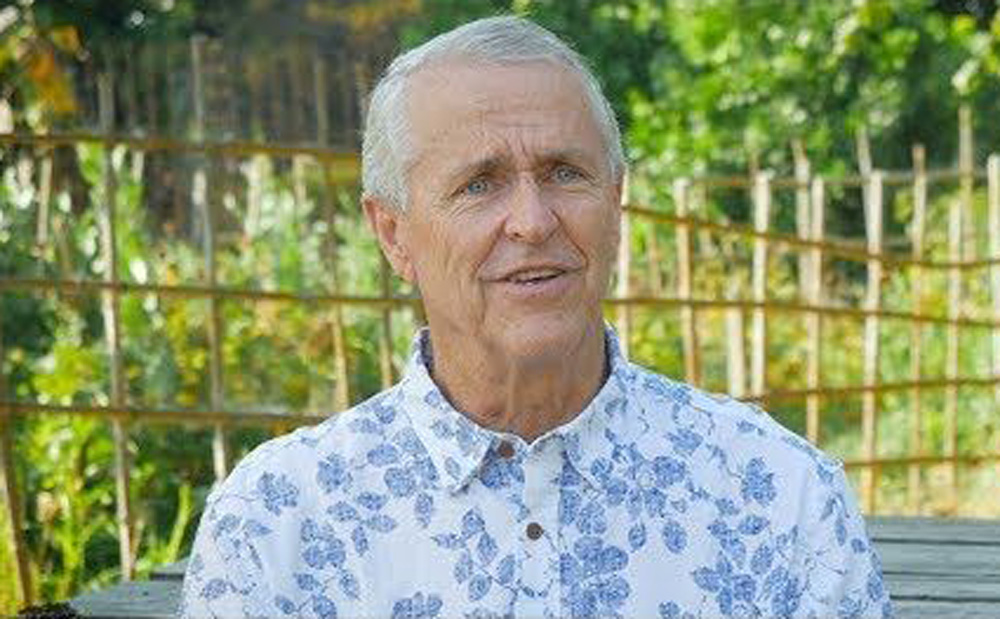 The annual Northeast Organic Farmers Association of New Jersey conference – a joy-filled gathering of organic farmers and backyard fruit and vegetable growers from the tristate region — will be held Saturday, Feb. 1, 2020 at the Douglass College Student Center at Rutgers University, New Brunswick.  NOFA-NJ’s winter conference always boasts a bevy of interesting guest speakers, thought-provoking panelists and instructional seminars. Here is a short profile of one of our guest speakers this year:

Exciting, ground-breaking research in New Mexico by molecular biologist David C. Johnson is adding “biofuel” to arguments that better soil can be a big part of the solution to global climate change! Johnson’s work in carbon sequestration offers up real answers to dealing with the carbon dioxide-related problems that seem to be causing global warming. Based at the Leyendecker Plant Science Center at the University of New Mexico, Johnson’s work with compost and composting revolves around management approaches that produce higher soil fungal community populations.

His research began in 2004 when he landed a project with the United States Department of Agriculture, trying to solve the problem of what to do with cow manure from dairy cows. The USDA wanted a product that would sell and also would be good for agriculture, so Johnson developed a composting process that reduced the salinity of the manure. While doing so, he also created a compost that was good for the soil. More importantly, it contained a diverse microbial community structure. There are nearly seven billion people on Earth with a collective carbon footprint from energy usage of more than 30.5 billion tons of carbon dioxide per year. If reducing this footprint will return the planet to more moderate climatic conditions, experts say we need a safe and inexpensive system to efficiently capture carbon dioxide from ambient air and safely store it, with few negative impacts on the economy or environment.

Johnson does research for the Institute of Sustainable Agricultural Research at NMSU. His work in carbon capture and storage in agricultural soils and his approaches to composting were recently highlighted in a book called “The Soil Will Save Us” by Kristin Ohlson. “We have plenty of issues in both our climate and in agriculture,” Johnson explains.
Johnson and his team looked at “how to best capture that CO2 and get it back in the soil, while also improving our agricultural systems. It turns out that our farmers are the key to successfully reducing greenhouse gases within a sustainable agricultural system.”
Most composting is done in windrows, turning it each day or every other day, which disrupts fungal growth, Johnson argued. “The process we developed was a no-turn process, so you don’t disrupt the fungal community, [instead] allowing it to thrive. What we noticed while growing plants in this compost is what focused us in on how to change soil, and how to move the soil microbial population from a bacterial to a fungal-dominated community.”

Johnson and others are working on methods to grow these fungal populations into existing soils, as it is just not practical to apply layers of heavy compost to the large acreages that many farmers and agricultural producers manage. Instead, the Institute of Sustainable Agricultural Research is trying to implement this change by growing fungal populations into soils.
Studies at the Institute of Sustainable Agricultural Research indicate increased soil organic matter in agricultural ecosystems improves plant growth, soil water-holding capacity, increased macro- and micro-nutrient availability, reduced system energy requirements and reduced land preparation and cultivation costs. “Soils with higher carbon content and larger fungal populations enabled us to double the production in the soil with the same amount of water,” Johnson said. “Once you improve your soils to the point they have a higher carbon content and a better soil microbial structure, then, if you can grow twice the amount of food on half the amount of land, you can reduce the amount of land you farm, and in doing this, you can cut your water usage. Agriculture currently uses about 80 percent of our freshwater resources.”

Composting methods in part pioneered by Johnson and others at the Institute of Sustainable Agricultural Research, in conjunction with research done by others around the world, will potentially solve the global climate change crisis in coming decades. Johnson’s own research has attracted interest from around the world. “This will have an impact on agriculture as far as being able to grow plants better, with less input, less water and cutting back on the downstream pollution we see from all of the fertilizers we apply to soils,” Johnson argued. “It will change the way we approach agriculture. And, my waste product from reducing atmospheric CO2 concentrations is food. Can you beat that?”