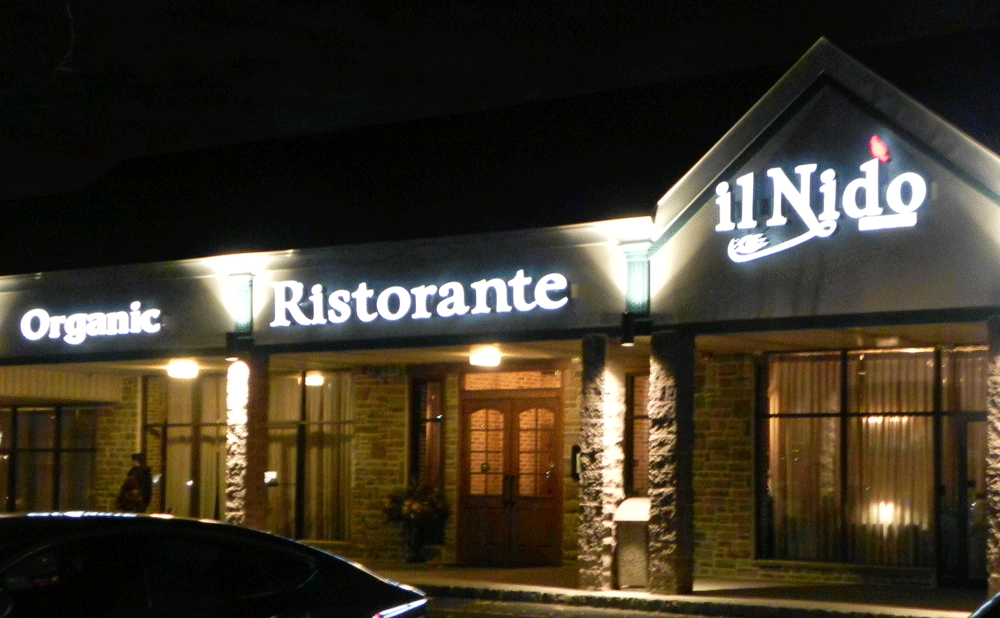 MORGANVILLE – A little bit of enlightened self-interest can go a long way. Just ask pipe-fitting company owner Joseph Folgore, born in Sicily, raised in Brooklyn, and a successful entrepreneur who’s been based in New Jersey since 1960. On March 8, 2018, Folgore, his wife Sandy, his four children and a dedicated crew including Chef Joe Voller — all of whom shared his vision for an organic, non-GMO restaurant — opened Il Nido on Route 9 North in Morganville. Il Nido is Italian for “the nest.” Nestled as it is at 184 Route 9 North in the Willow Point Shopping Center – in a sea of shopping centers on both sides of Route 9 – on a recent Friday night visit we observed a packed house. Great paintings from Italian artists adorn the walls and some innovative interior design concepts are apparent in each of Il Nido’s three main dining areas. The dining areas are meant to be emblematic of different regions in Italy. 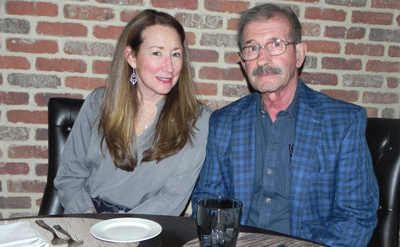 Folgore owns FMW Piping in Carteret, has a staff of about 50 employees there and has Fortune 500 and large government contracts at Newark Airport, the Bayway refinery and other large facilities for FMW’s generally large scale projects. Folgore, of Colts Neck and Marlboro, now 77, was diagnosed four years ago with Kaposi’s Sarcoma, a particularly nasty form of skin cancer. He also knew some time ago he was at risk of developing diabetes. But unlike an estimated 86 million other people in the USA who have been diagnosed as pre-diabetic, Folgore had the means — more importantly, the desire — to take food matters into his own hands. Along the way, he’s cultivated a loyal audience for Il Nido that numbers in hundreds of regular patrons. Of his skin cancer diagnosis, he relates, “I’m working with it. I have everything organic. I watch what I eat, and I stay healthy. I also have two sons at home and I want to make sure they have access to good food.”

He works out several times a week with his sons and he’s been eating nothing but organic, non-GMO vegetables and pasta, grass-fed meats and wild caught seafood the last two years, since he opened Il Nido in 2018. He tests his blood sugar religiously, every day, and doesn’t want to complicate his skin cancer with a diabetes diagnosis. After all, he’s very spry and alert at 77 and is something of a celebrated figure in his own place as he mingles with patrons at each table. “They actually stand up, grab my hand, and say ‘Thank you for being here!’ ” Menu items includes all kinds of variations of pasta, all of it made fresh in the kitchen daily, wild caught fish and various types of grass-fed beef. Il Nido’s website displays a wide range of options for patrons here. Closed on Mondays and Tuesdays, Il Nido is open Wednesday through Sunday, from 5 to 9 p.m. and 5 to 10 p.m. weekends.

Chef Joe Voller, who met NOFA-NJ board member Alec Gioseffi some time ago when both were working for the Terra Momo Restaurant Group near Princeton, credits Folgore with doing something truly innovative for the Morganville-Marlboro-Old Bridge epicurean community. “Years ago he made a 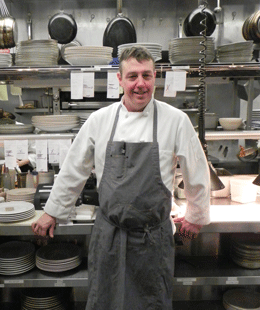 lifestyle choice about this,” Voller explained. “For Joe, it was more about the quality of ingredients than it was about money. He designed this restaurant with quality ingredients in mind.” “I really respect Alec Gioseffi and his approach to farming, so I started working with him and we brought in a lot of seeds from Italy, and we’re still working together to see how to grow 25 to 30 specific items for our restaurant,” Voller added. Voller argued in Italy, all the people eat very local, “and they eat what they grow, where they live.”

At Il Nido, all the produce comes from organic farms and facilities in New Jersey, New York and Pennsylvania, “and we use Alec and Greenflash Farm over in Skillman as much as we can.” Voller imports Il Nido’s flours from Sicily from an organic grower who’s known for restoring heirloom wheats. They make all their own pasta in Il Nido’s kitchen, “because with these non-GMO heirloom restored wheats, the sugar from the carbs is not a problem.” The problem with store-bought pasta from the name brand pasta makers is in the manipulation and processing. “The processing of these ingredients is the problem,” Voller argued, noting so many restaurants preach the local farm-to-table thing. Depending on how the pasta is processed, “it can spike your sugar up to 140, and Joe the owner he has minimally gotten into triple digits.”

According to the American Diabetes Association, 86 million people in the U.S. have pre-diabetes, which can lead to diabetes if you don’t make healthy lifestyle changes that your doctor recommends. It’s possible to keep pre-diabetes from becoming diabetes with diet and exercise.
For patrons who come into Il Nido who are gluten-sensitive, “the pasta made fresh here doesn’t bother them at all,” Voller said.
“You really can have pasta as long as it is locally sourced; it’s all in the processing of it.”

Another neat thing about Il Nido is the large opening for the kitchen and tables a short distance away from it so patrons who choose to watch the food as it is made can do so, by asking for one of three tables where they can observe almost everything going on in the kitchen.  “I worked in hotel kitchens a little bit and the nice thing about this place is I don’t have to worry about checking e-mails for recalls on food anymore,” Voller said. He gets a lot of grass-fed beef from the mountains of Umbria because “it’s of a quality I never see here in the States.”  Voller added almost 95 percent of the ingredients used at Il Nido are organic, thus the signs out front, ‘Il Nido Organic Restaurant.’ To be sure, there’s an awful lot of traffic on Route 9 in the Lakewood-Old Bridge corridor, yet there are also hundreds of restaurants. So far, Il Nido is mostly packed with patrons on weekends owing to the best form of public relations and advertising: word-of-mouth. Located in the Willow Point Shopping Center on the north bound side of Route 9 on the Manalapan-Morganville border, how does Il Nido plan to stand out from the rest of the pack?

“There’s not really any competition here,” Folgore said, noting there seem to be few other organic restaurants on any part of Route 9.
“We’re trying to keep prices at a reasonable level and we seem to have more professional level people, doctors and lawyers and people who have traveled a bit,” said Folgore, who lives 10 minutes away in Marlboro.  “I was looking for a long time for [an organic place] close to me. When I couldn’t find one, I figured I might as well create my own restaurant.” “Every other year or so my wife and I go to Italy; one year I had an epiphany: instead of going to Italy, why don’t we bring Italy over here!”