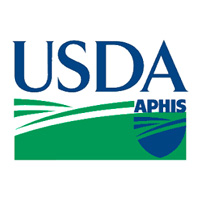 The U.S. Department of Agriculture today announced the names of individuals who will hold senior staff positions in Washington, D.C.
Anne Knapke was named Deputy Assistant Secretary for Congressional Relations. Most recently, Knapke was a Senior Program Officer focusing on nutrition at the Bill & Melinda Gates Foundation. Prior to working at the Gates Foundation, Knapke served as Legislative Director for Senator Amy Klobuchar. Knapke holds a bachelor’s degree from the Ohio State University and master’s degrees in public policy and social service administration from the University of Chicago.
Liz Archuleta was named Director in the Office of Intergovernmental Affairs. Archuleta served as a County Supervisor for Coconino County, Arizona, where she was the first Latina ever elected to that office in Coconino County. She also served as President of the County Supervisors Association and as Chairwoman of the National Association of Counties Public Lands Steering Committee, where she worked to bolster rural schools and forest health. Archuleta also served as Vice President of the National Association of Latino Elected & Appointed Officials and served on the Governor’s Arizona Statewide Water Advisory Council. She is a graduate of Northern Arizona University.
Jasmine Dickerson was named Legislative Director in the Office of Congressional Relations. Dickerson served as Staff Director for the Subcommittee on Nutrition, Oversight, and Departmental Operations on the House Committee on Agriculture. During her time on Capitol Hill, she also worked for Congressman Elijah Cummings, Congresswoman Lynn Woolsey, and Congresswoman Lisa Blunt Rochester. Dickerson holds a bachelor’s degree from Trinity College in Washington, D.C. She will begin on Feb. 16.
Jamal Habibi was named Chief of Staff for the Rural Housing Service. Prior to his appointment, Habibi was a Senior Associate at the Opportunity Finance Network. During the Obama Administration, he served as Outreach Director at the Department of Treasury, and as a Special Assistant at USDA. He holds a bachelor’s degree from the University of Wisconsin, Madison.
Brandon Chaderton was named Deputy White House Liaison in the Office of the Secretary. Most recently, Chaderton served as Director of Human Resources for the 2021 Presidential Inaugural Committee. Prior, he worked for the Pennsylvania Democratic Party as the commonwealth’s Human Resource Director, National Deputy Director of Human Resources for Pete Buttigieg, and Precision Strategies in Washington, D.C. He is a graduate of Temple University and a proud AmeriCorps alumnus of City Year Philadelphia.